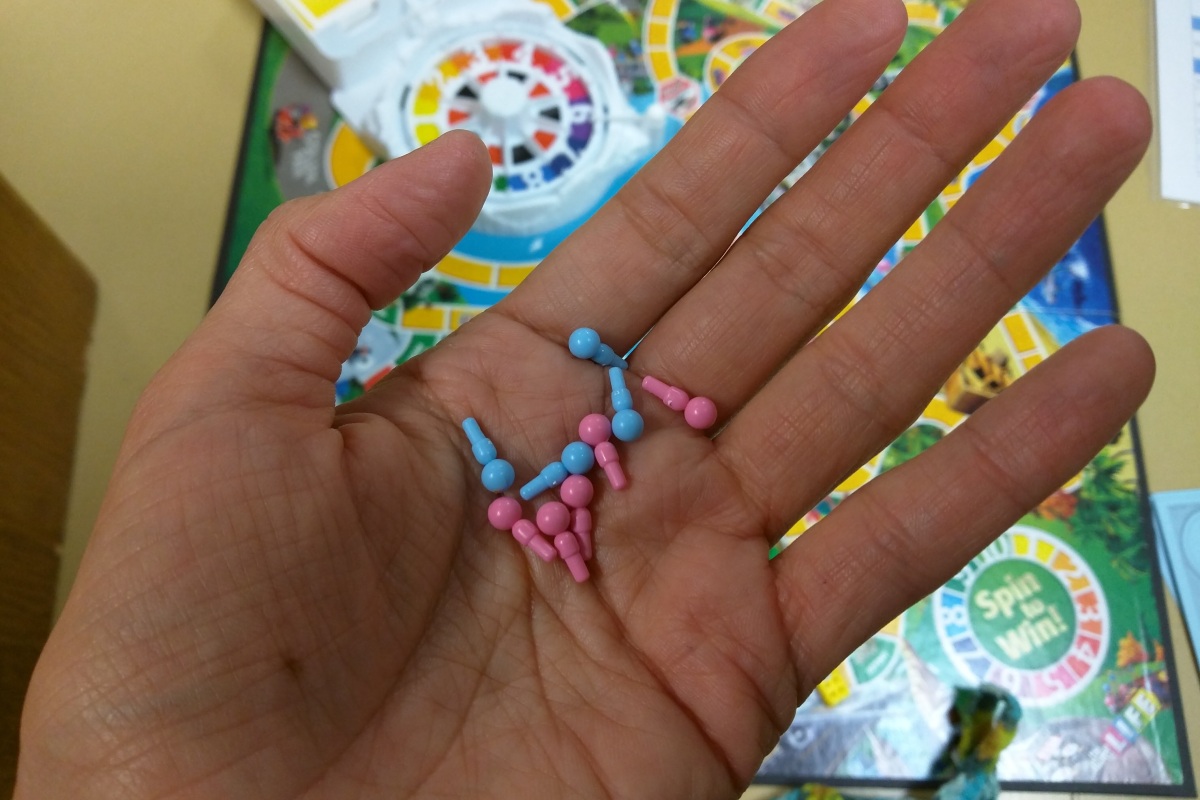 My speech from our open house at Downtown Toastmasters today: thank you to everyone for a fun event! You energize and encourage me! 😊😊

I have played the Game of Life only a few times. Today I am going to tell you about one of those times.

If you’re not familiar with this board game, it has little plastic convertible cars that you fill with blue and plastic pegs that represent people. You spin the wheel and get lucky—or unlucky—spins.

You travel around the board from pay day to pay day, trying to reach typical milestones: going to college, getting married and adding more peg-kids to your car.

Her house was two stories tall. Mine was only one.

Her dad was president of a company. Mine was only vice president.

Her mom was put together, one of those women who always had her hair done and her nails freshly polished with ironed clothes. My mom wore brown polyester…with stains.

The neighbor girl set the rules.

She told me what car I got to drive. I wanted the blue car because blue was my favorite color.

When I got frustrated about the way she was playing, which seemed to favor her, she told me I was wrong.

What choice did I have? Her game, her house, her rules.

Her car got filled with peg-children and her stack of money got bigger.

Between bad spins and her “house rules,” I fell further and further behind.

You’ve heard of gracious losers? I am the opposite. I am a hateful loser, a loser’s loser. I have a strong drive to win and a tendency toward envy.

Why don’t I have as much money?

Why is their car full of peg-children and mine is not?

Why is their career so good and mine is not?

She got more excited as the game went on.

I got angrier. I sulked. I scowled. I stewed.

(You can see why I only played this game one time at her house).

I look around at the people I know, in life and on Facebook, and I find myself asking the same questions.

Why don’t I have as much money?

Why is their career so good?

I only had one peg-child. If I could only have one, he was an amazing one to have. But like all like plastic peg children, my one peg-child grew up. Now he’s driving on his own road of life. I see the families with children and feel the pang of longing. My time is over.

The game the way I played it that day was not the game I want to play today.

I don’t want to live from pay day to pay day.

I don’t want to be on the losing end of a game because of someone else’s rules.

As a terrible loser, I have some advice for you if you too have known the pain of playing someone else’s game.

Make your own rules.

Decide where you want to go.

What does your personal game of life look like? This is important. Not society’s game, not your parents’ game, not the bossy older neighbor girl’s game. Your game.

You might not want to be a pink peg married to a blue peg with four peg children in the back of your convertible.

I don’t want a convertible. I want a minivan I can convert into a camper.

We will load it up with our two Chihuahua dogs.

We will drive to wild places and hike for miles.

I can win at this game.