After a visit to the Johnny Cash museum in Nashville this week, I’ve been thinking about his legacy. He could have been destroyed early by the glaring love of the public and drug addiction issues. Through the healing grace of God, he lived a full life.

Grace is for everyone. But we have to be willing to accept it.

Was God’s healing a one-time thing for him? No, he sought healing again and again through praying and returning to his bible. He said, “Thank God for redemption, or I wouldn’t be here.”

Every day we can go astray. Every day we need to renew our tight bond to the Lord. Johnny Cash is an inspiring example of that.

After you’re gone, what will people know about you based on what you leave behind?

This is what I learned about Johnny Cash from my hours in the museum with his letters and things, including:

He loved his wife June with his everything.

He had a great sense of humor, as evidenced from his handwritten letters. During one letter to a friend, he announces the birth of his daughter and wrote, “I like her so much that we’re gonna keep her.”

He was faithful, shown by his bibles, gospel songs and Holy Land projects.

He has real compassion for people in prison and the downtrodden. He worked for prison reform.

He credited his fans with his success, revealed through his personal letters to them. He became a star because he worked hard, maybe too hard, doing hundreds of shows in a single year.

He was a good friend and collaborator. Beside the ongoing collaboration with his wife June, he was interested in working with other musicians throughout his career.

He struggled with telling his own story. In the museum, it mentioned that his early memoir Man in Black was considered sanitized, but the later Cash: the Autobiography was more honest.

Enjoy these photos about Johnny Cash from my time in the museum. Be sure to listen to some Johnny Cash today! 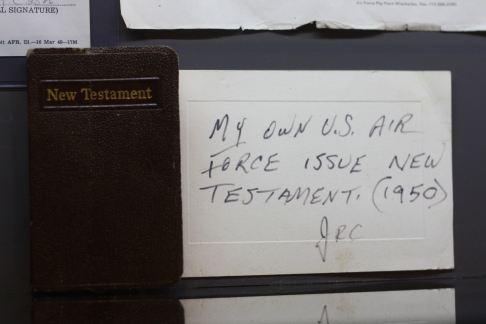 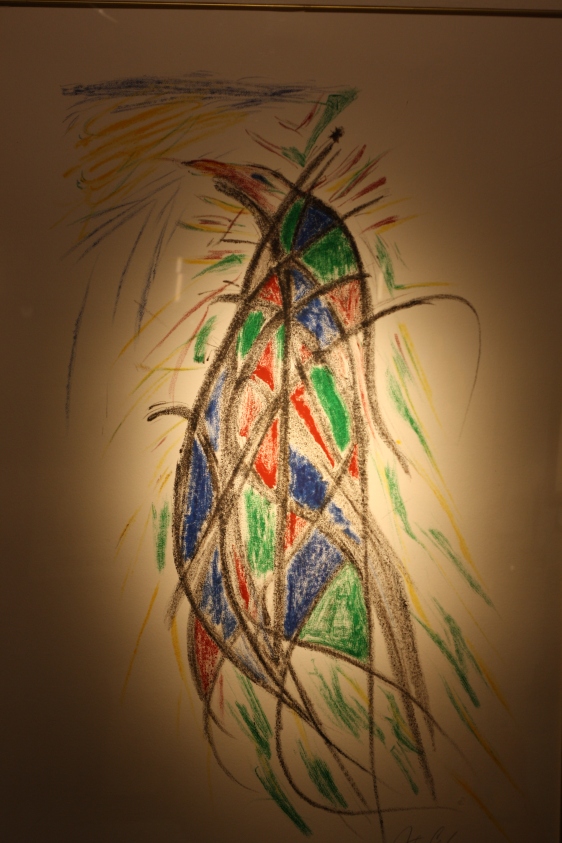 He was an artist and writer as well as a performer and songwriter.

Throughout his career, he influenced other musicians and sought to join his talents with others.

His wall of albums. 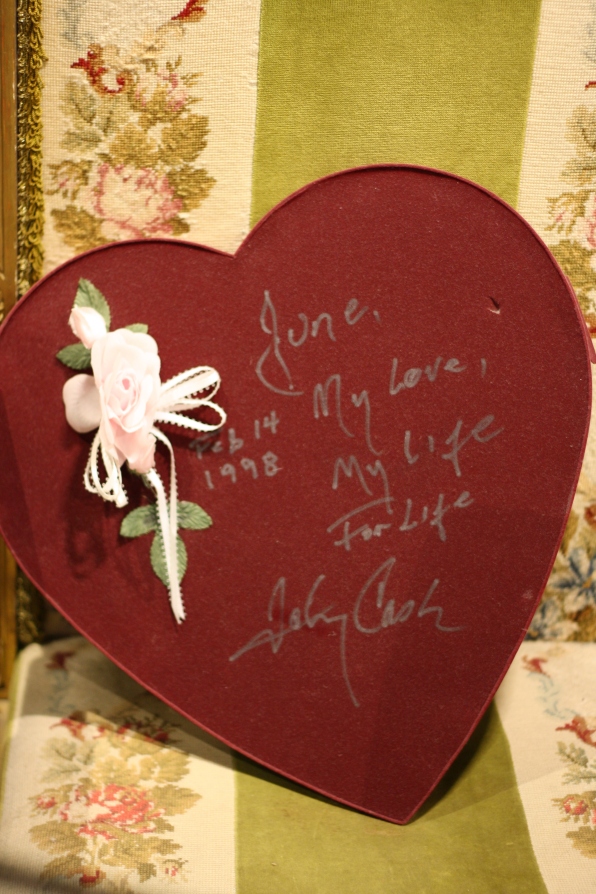 June: his love, his life.

At the Johnny Cash museum.

Tell me your thoughts!

Who is a hero for you? What does Personal Jesus mean to you?

4 thoughts on “Johnny Cash is a friend of mine”