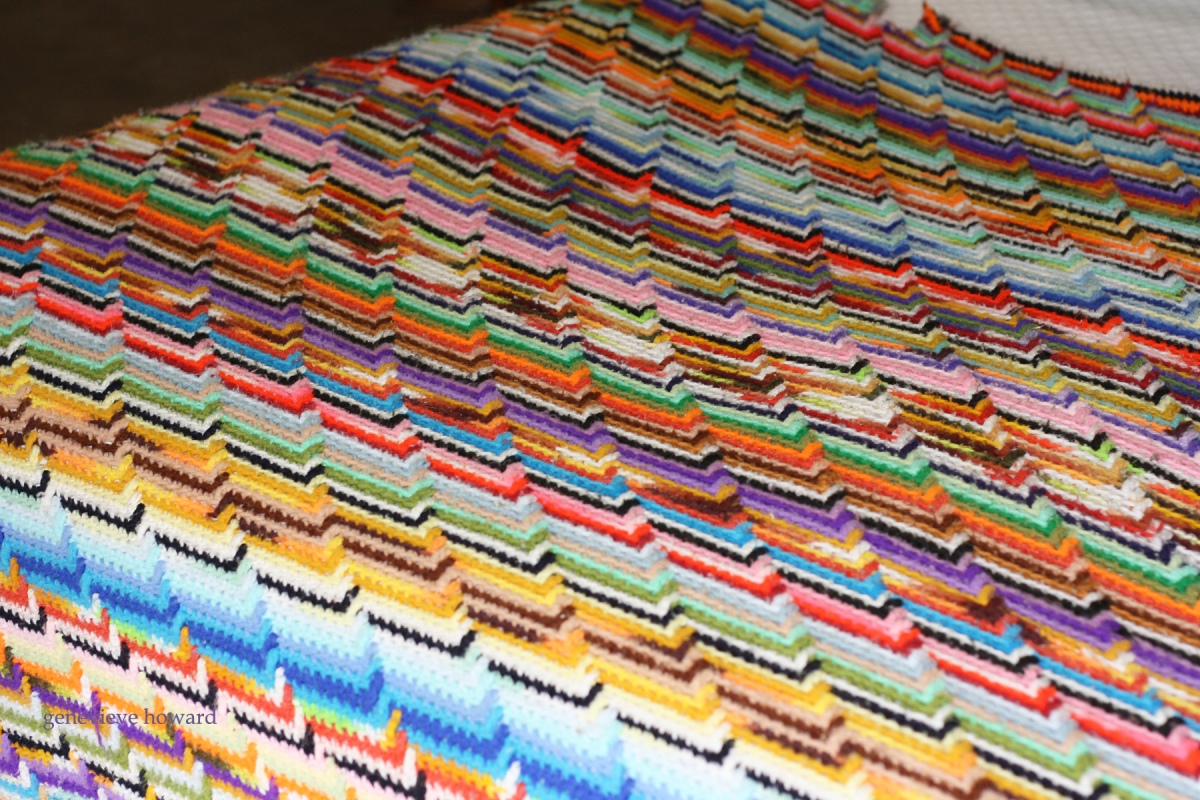 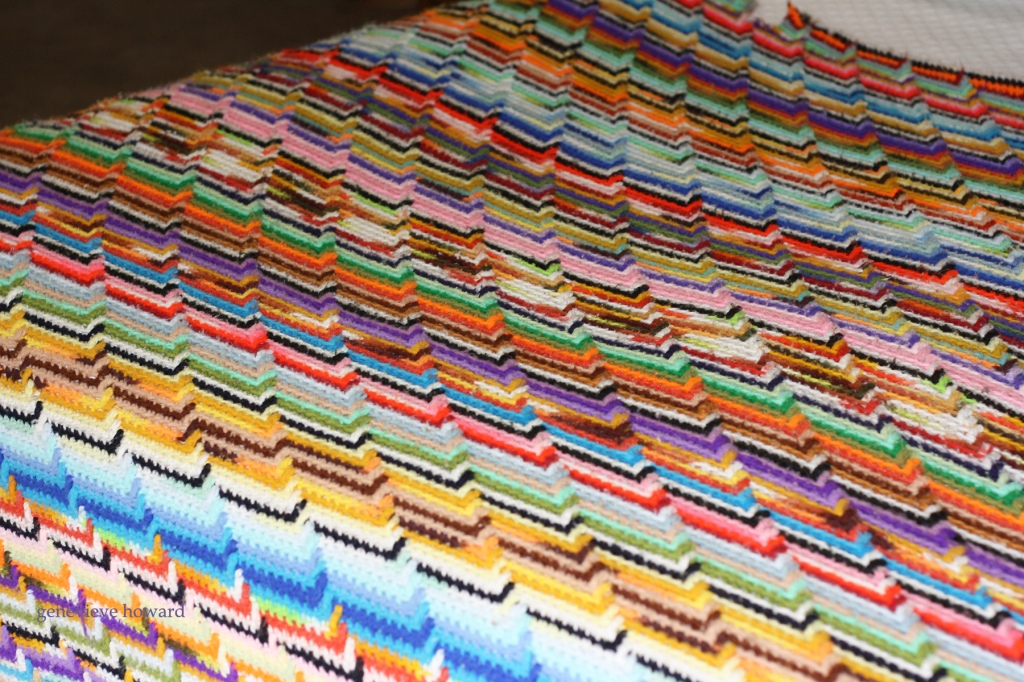 I saw this afghan while visiting my dad. It was the afghan of my childhood, thrown over the back of the couch or folded in the corner, biding its time for winter when it would be used again.

The colors jump out in vibrant combinations. A saturated holiday red with neon orange, mustard yellow and purple, tawny brown, baby pink, true black and icy white, snuggling together for a fantastic effect. The acrylic yarn—showing its origin of the 1960s—reflects a sensibility that cannot be found now.

I didn’t think anything of the afghan growing up. It had use but no particular value. It was one of thousands of items that filled our house, just one more thing in the living room, like my Atari. I didn’t question why the afghan was there or who had made it.

Then almost 30 years later, I saw it again on the back of my dad’s couch. Its outrageous colors caught my attention.

“The afghan!” I exclaimed as if running into an old friend. The 1960s cheap acrylic was tough enough to survive the decades. 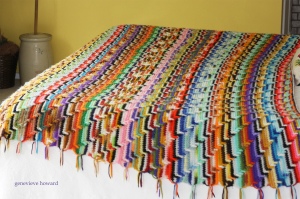 I stretched it out to look at the stitches. Now that I crochet, I know more. I interpret the language of loops and understand hours of handwork. At first glance, I thought she had made spike stitches. When I looked at the back, I saw it was smooth. I realized she had done front post stitches, raised only on the front.

I counted and made note: 10 sc, 1 FP sc, staggering the raised front post stitch by one with each row. I saw the afghan with new respect.

Large enough to drape over a queen-size bed, I wondered about its maker. I asked my dad and he thought it had been one of his aunts, maybe his Aunt Cena.

Was she at peace when she made it? Was she content to crochet along, making thousands of stitches?

Later I talked to my sister who also had a family afghan of the same vintage. She told me the yarn wasn’t from many scraps, using up leftover skeins as I had imagined but instead from fanciful skeins sold in the 60s, the variegated colors ready-made.  She named off my grandmother’s siblings. She believed our Great-Aunt Grace—a sister by marriage—made the afghans. 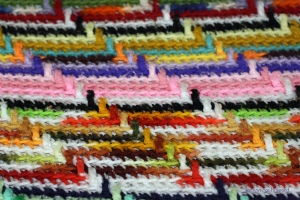 I know little of my family history. I have no family afghan. But I’m bound to all those who care and have cared enough to create. Items carry our spirit if not our name.

Grace—shown through generosity—makes each afghan. Even the strongest acrylic yarn will fade and disintegrate but grace goes on forever.

Grace is always around, like a family afghan. Not always noticed or appreciated but waiting for you. Find it. Wrap it around yourself. It will warm you, shape you and bless you, if you let it.

5 thoughts on “Was it grace that made this afghan?”

Leave a Reply to Laura B. Cancel reply